According to recent insights released by Realestate.com.au more Australians living overseas are looking at making the move back home, with the cause for the increase largely linked to COVID-19.

REA’s insights for overseas property searches show that search activity for Australians currently living internationally and looking to buy back into the Australian market has risen by 42 per cent since lock down restrictions were first implemented here in March. 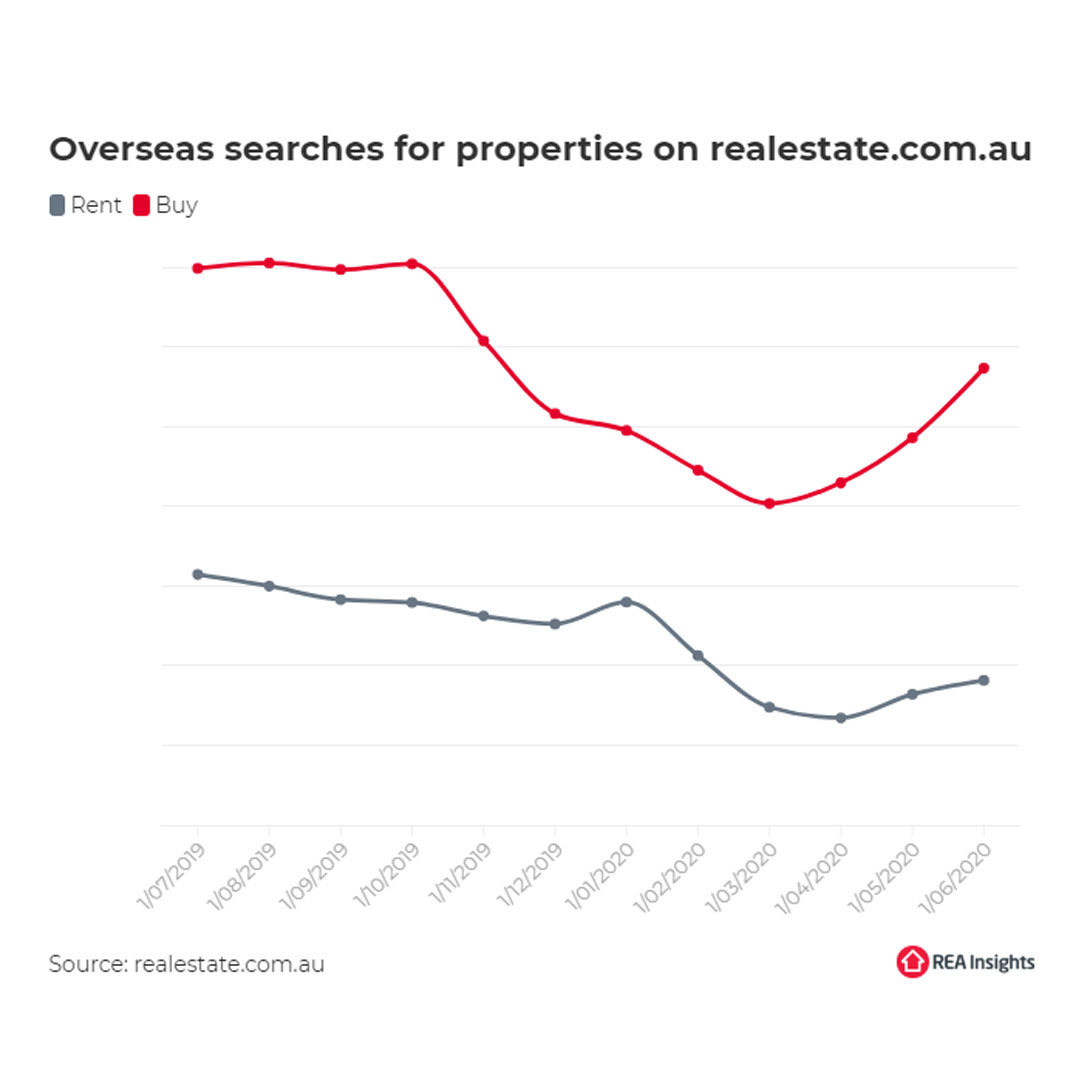 While there have been spikes in overseas searches in the past, this particular trend is quite interesting because it is being largely driven by expats looking to buy in Australia for the purposes of returning home rather than internationals looking to invest in the Australian property market.

According to the research conducted by REA, the two main hotspots for increased expat search activity are the United Kingdom and Singapore, with large expat communities living in both countries, as well as Hong Kong, the US and New Zealand.

In terms of the volume of overseas searches, the UK had the most followed closely by the US, based on REA data.

Those currently residing in the UK, US and NZ appear to be searching to live in coastal towns in NSW, QLD and WA, with Noosa Heads, Byron Bay, Manly and Bondi particularly popular locations.

China and Hong Kong on the other hand appear to be searching mostly for suburbs in NSW and Victoria where there are currently large communities of Chinese Australians, such as Chatswood or Glen Waverley.

So what does this spike in overseas searches for property here in Australia mean for the market? In simple terms it’s expected that this spike will be relatively short-lived. COVID-19 may have caused an increase in Australians wanting to return home while also making it more difficult for internationals to migrate here, however, it’s not expected that this will last forever.

Overseas migration flows are forecast to return to previous levels in approximately mid-2021, according to BIS Oxford Economics, following which time activity from offshore investors and migrating buyers will likely begin to increase once again.

Grab your running shoes, throw on your active wear, pin on your racing bib because it’s time for North Shore locals to get active for a very important cause. Read More

ST IVES LIVING: The Perfect Place to Tee Off

In the 95 years since Pymble Golf Club first opened, it has transformed into something rather spectacular, boasting one of the area's most beautifully maintained golfing greens Read More
MCCONNELL BOURN
McConnell Bourn Pty Ltd. 2016
Powered by Zenu